His vision was to restore all five of these large 19th century villas and convert them into beautifully appointed apartments – thereby breathing new life into them for the 21st century,

But the Northern Rock collapse was destined to slow the process considerably.

“We rued our timing and we certainly could have been blessed with a better financial environment but we could not have been favoured with a more interesting project to restore,” he said.

Now work to complete the fifth and final phase of the 28 apartment scheme is on schedule for completion by this coming Christmas. Weston Civic Society have recently recognized Broadway Heritage’s achievement with one of their coveted Civic Society Awards.

“All 20 apartments in the previous 4 phases have been sold and some in the final phase have already been reserved” says Michael.

Prices for the remaining one and two bedroomed apartments with private parking range from £160,000 to £400,000.

“I am dedicated to the restoration of old buildings which have more to give,” said Michael who is a member of the Royal Institution of Chartered Surveyors.

“At Westcliff, like all our other heritage projects, we have stripped away inappropriate embellishments whilst retaining and enhancing many of the buildings’ period features. We have lovingly created luxurious modern living spaces crowned by magnificent views over Prince Concert Gardens to Birnbeck Pier, Brean Down, Exmoor, the Brecon Beacons and Bristol’s ever changing Channel between and beyond.”

Such has been the enthusiasm of some of those who have already come to live at Westcliff  that they now help look after the gardens and have even managed to obtain Town Green status which means that this open space can never be encroached upon.

The five distinctive villas have played a significant role in the town’s history since they were built in the mid 19thCentury, becoming the Westcliff School for Girls and latterly a department of Weston College before being acquired by Broadway Heritage.

Writing in the Mercury about the Civic Society awards local historian John Crockford-Hawley remembered that planners had actually given the green light for them to be pulled down and replaced by a ‘truly ghastly’ block  of flats.

Broadway had completed a superb piece of restoration which began when a developer with business acumen and a passion for buildings began the slow task of realising his dream, he said. 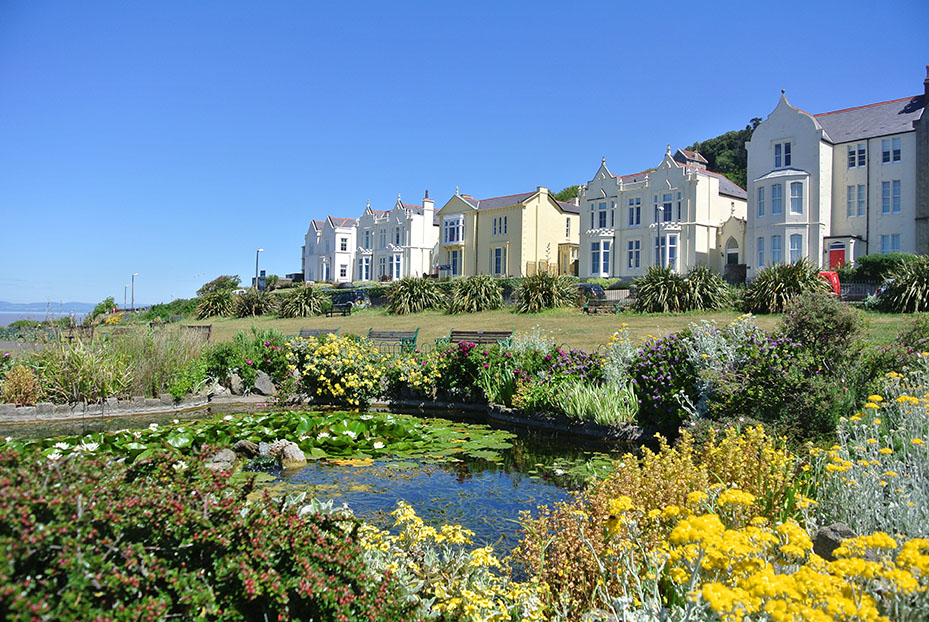